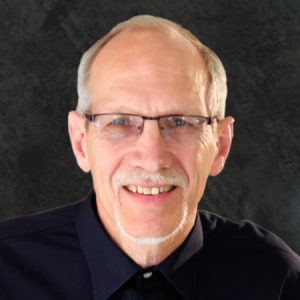 I had the pleasure of hosting 3D Coaching’s Mark Hull, from Wisconsin, setting up a few meetings to introduce Scottish coaches to their excellent online coaching course. Surveys in North America suggest that 80% of sports coaches coach in the first dimension (physical & skill fundamentals), 20% in 1st & 2nd (psychological) dimensions, and that only 5% coach in all 3 dimensions, the 3rd dimension being inner fitness of the ‘heart’, which has to do with Identity, Character, Self-worth, Values, Significance, and Purpose. 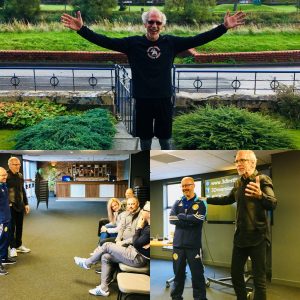 You can win cups and championships coaching only in the first dimension, but you’ll leave a litany of broken relationships. Truth is that most coaching today is ‘transactional’, all about what you can do to help me / us win, the identity of players tied up in ‘performance’. So, if you don’t perform you’re dropped, and in time forgotten. All major UK sporting federations claim to affirm values like ‘respect’ & ‘inclusion’, but as far as I can see few are delivering it on the ground and proving that there is more to sport than winning.

3D coaching is ‘transformational’ rather than ‘transactional’, it’s ‘inside-out’ coaching that helps players grow in spirit as well as skill and strategy. Reflecting on past coaches players are more likely to describe ‘how’ their coach made them ‘feel’ than what they helped them to ‘do’.

3D coaching is counter cultural. Take ‘Spotlight’ which gets players to say something positive about ‘who’ another player is to them and what they value about their character. This is especially encouraging for a player on the sidelines, able to be affirmed and acclaimed for qualities they bring to the team by just ‘who they are’ off the field of play. It’s never going to be easy to introduce such practice in Matcho-West Coast Scottish sport, where you prove affection for someone by how much you slag them off, but get over the initial fear of being thought soft, and you have a tool to establish fresh value for your players.

Parents are partners in the coaching process, so a good question to ask them about the young person under your charge is, “What about your son / daughter will help me to understand and coach them with greater insight?” So Mark’s daughter responds well to instructions, one word enough for her to take notice. Thus, shouting at her will be counter-productive, gentle persuasion enough to get her best. 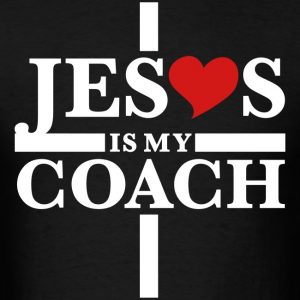 I’ve watched Man’ City’s Premiership winning year on ‘All or Nothing’ in which Pepe Guardiola shows himself to be a 3D coach, able to get alongside every player, affirm their character and get the very best out of his team. Likewise Jesus was so good at ‘man managing’, helping his team of 12 to ‘feel the love’ and be willing to walk over coals for him, indeed to die for him.

As 3D coaching just tweeted, “Without our WHY we’ll lose our WAY!” Have you found the coach for whom you’re ready to give your all? I have!