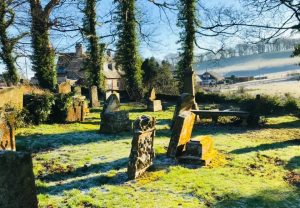 The times are a’changin’ and changin’ fast! Computers in your contact lenses, Broadband faster than a cheetah, Mobile Phones with TV, camera, diary, torch, & coffee maker built in; Apps for every activity, Robot servants called Siri and Elexa, etc. Ever felt left behind or wanted the world to stop & let you off? Adapting to change can be difficult, just ask The Church! But change we must.

Asked 40+ years ago who would dominate the world of watch making in the 21st century, the top answer was Switzerland. In 1968 the Swiss made 65 % of all watches in the world and took 90 % of profits. By 1980, however, they had laid off thousands of workers and their market share fallen to 10%. What went wrong? They refused to consider a new development – the Quartz movement. 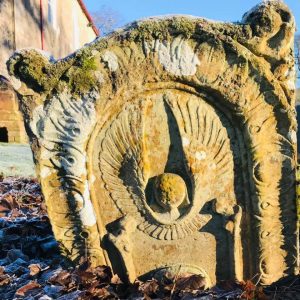 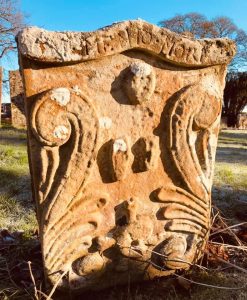 Because it had no traditional mainspring or knob it was rejected. It was too big a shift in thought for them. To them a quartz watch wasn’t a watch at all? So, Seiko & others accepted change and became market leaders. A wonderful past was undermined by an unwillingness to radically rethink how time was told, blinded by the belief that past accomplishments guaranteed future success.

Allegedly Charles Darwin wrote, “It is not the strongest of the species which survive, nor the most intelligent, but the most responsive to change.” The lessons are obvious for the church and anyone interested in changing society for the better or wanting to share their gift / sell their product. How important are our ancient church buildings, 3point sermons, usual service times originally aimed at farmers after milking, etc.? Some things will never change, like the dramatic 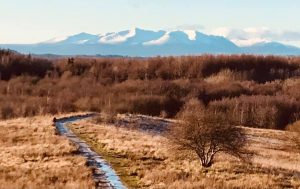 power of forgiveness and someone loving you unconditionally, especially when you’ve seriously harmed them. The Good News of God’s Love for us in Jesus Christ is the Greatest News of all time. The means of channeling and helping others to recognise and receive God’s Love and Light may change, but the truth that ‘God Loves You’ will never change. We have a responsibility to prove it in the way we treat one another. Otherwise The Good News lies like treasure hidden under the dust of tradition & ‘the way we’ve always done it’. Ask me a year ago, that we’d go 41 weeks without our normal Sunday morning services, that I’d be delivering daily 60 second sermons and that we’d have thousands accessing our services on Facebook, I’d have laughed at you. 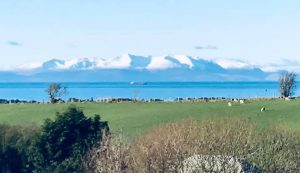 As we transition into a post Brexit / post Pandemic world change is inevitable, yeah essential. We might not always be able ‘to see the wood for the trees’ but we can hold onto what we do know and get direction from the sun, moon and stars (cf. Bible, Prayer, God’s Family, Soul Friendship, etc.). While trying to adapt, adjust and change routines and ways of doing things, my own mission statement remains the same ‘to share Jesus’ love and help people take steps closer to Jesus’ and in the face of flux and uncertainty the eternal Trump Truth I pray, play and say every day is:

‘Jesus loves me this I know, for the Bible tells me so…’