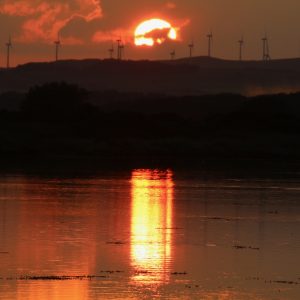 I’ve held off blogging about anything related to George Floyd’s death and the #blacklivesmatter (BLM) message and movement, wanting to listen more than speak. I’ve heard people misunderstand and argue that it’s wrong to value ‘black people’ more than any other race and others speak in a condescending way about people of a different colour to them. I admire many who have spoken out and used their popularity to mobilise mutual respect and grow a more caring and equal society and world. Following American Football, at last those who used to be fined for kneeling on one knee during the American national anthem, are now being joined by white team mates, indeed I was moved to see English Premier League football (soccer) players of all colours bending the knee alongside Marcus Rashford, Raheem Sterling and other black players, in alignment to and affirmation of BLM.

George Floyd clearly had his ups and downs, joys, sorrows and challenges, but there’s clear evidence that he was a man of Christian faith and had mentored disadvantaged young black people in difficult situations. George Floyd’s funeral service lasted 4+ hours, a celebration of Christ’s Saving Power through music, praise, prayer & preaching. Alluding to Joseph’s betrayal in Genesis 50:20 one of the speakers said, “But what folks meant for evil, God has turned it out for good”.

Who’d have believed that 6 foot 6 gentle giant (I’m believing those who seemed to know him) George Floyd would become the wakeup call for the World and that the awful cruelty that evoked George’s last words, “I can’t breathe!” would send such shockwaves across the globe and give vent and weight to countless cries over injustice, racism and the treating of others in a sub-human way. We remember Jesus’ own last words before cruel men snuffed out his life, “Father Forgive Them for They Don’t Know What They’re Doing!” and “It is Finished!” and how the Cross, from which we get the word ‘excruciating’, symbol of the greatest injustice of all time, has also become the greatest ‘plus sign’ of all time. 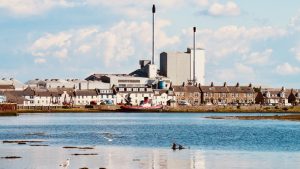 In Irvine and Ayrshire, I’ve witnessed more racism against English people, anticatholic sentiment and homophobia than antagonism or the belittling of people with a different colour from the large white majority. Fortunately, we’ve come a long way from the days of demeaning Robertson Jam ads and a certain ‘minstrel show’, but it’s still all too easy to share, listen to and even smile at a racist joke. I’ve had to ‘chin’ a fellow football supporter, sitting nearby, when he kept describing a black opposition player as sub-human.

The lovely Leona Lewis, an X-Factor winner, speaks of a traumatic visit to a London shop, when the lady shopkeeper got agitated at her black father, and she, handling goods which they were thinking of buying. The shopkeeper made a scene and told them to stop touching the goods, while other shoppers were clearly allowed to handle goods. Soon the shop had leaked all its customers except for Leona and her dad, 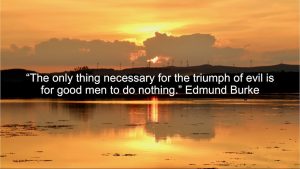 who eventually also left. Leona was understandably incensed, but not just with the shopkeeper, also with those who slouched out without a word of protest.

As someone once said, “All that’s necessary for evil to triumph is for good people to do nothing.” Friends #blacklivesmatter