Perhaps, like me, you’re warily happy & hopeful about Kanye West’s conversion to Christ and latest album ‘Jesus is King’. I love the “Airpool Karaoke” video, in which James Corden hitches a plane-lift with Kanye & his acapella singing gospel-choir. Corden’s clever clumsy-chumsy chat frees Kanye to give insight into his faith in Christ, as surrounding singers are supersonic with their soaring praise. I did cringe at Kanye’s comments about ‘God showing off’ through the billions of bucks rolling into Kanye’s coffers, though hopefully much of this wealth will now be channelled for the benefit of others. Kanye’s attempts at self-deprecation and description of people who ‘don’t yet know Christ’ as being in a ‘sleep-walking’ state are arresting.

Ollie Lansdowne (LICC Blog), reminds us that Jesus’ parable of the Prodigal Son is aimed, with Exocet precision, at people in the Faith Family who despise God’s Generosity, Unconditional Love and Amazing Grace. I see it in our own church family from time to time, when someone comes from ‘nowhere’ and ends up getting lots of attention through their profession of faith in Christ. Jealousy and cynicism combine to harden hearts and undermine Father God’s outstretched arms. 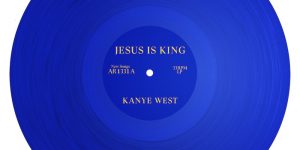 Clearly Kanye’s been ‘canned’ plenty of times and served dollops of doubt and scorn from ‘believers’, but he’s clearly ready for ‘Elder Brother Bitterness’ and hopefully able to rise above it,

I’ve been working for you my whole life, Told the devil that I’m going on a strike

I’ve been working for you my whole life, Nothing worse than a hypocrite.

Change, he ain’t really different, He ain’t even try to get permission

Ask for advice and they dissed him, Said I’m finna do a gospel album

What have you been hearin’ from the Christians?

They’ll be the first one to judge me, Make it feel like nobody love me

They’ll be the first one to judge me, Feelin’ like nobody love me.” (Hands On)

Fellow Rev, Martin Fair says, “What I know is this: my boys and their friends are listening to the album with its full-on Christian lyrics – like they’d be seriously unlikely to listen to ‘Christian music’.”

I’m joining heaven’s ‘Kanye West’s Conversion Party’. His album and chat aren’t all to my taste, but I love much of it and adore how open Kanye is about God’s Greatness, Goodness & Grace. Can Kanye go onto be a tremendously positive force for Good and The Gospel? Yes please Lord! Please join me in praying for Kanye and his family. 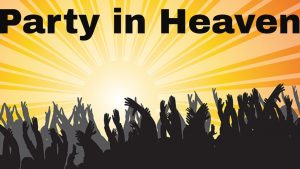 Christian rapper Shai Linne Tweets well, “Overall, I’m really encouraged by #JesusIsKing It’s not perfect, but that’s ok. Justification comes before sanctification. Let us not despise the loud, passionate cries of a newborn. May God grow Kanye in His faith and protect him from the many snares unique to his calling.”