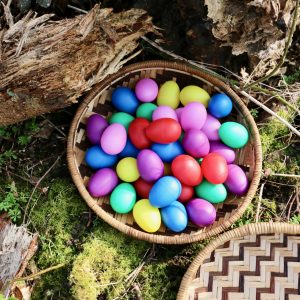 So, who are the ‘Come-back Kings & Queens’? Tiger Woods overcoming injury, depression, addiction, arrest & shame, to claim the US Masters crown again? Finnish policeman ‘Lasse Viren’ falling in the Munich Olympic 10,000m final, 1972, getting back up to win gold in a world record time? Monica Seles in 1993, returning from a stabbing and its mental trauma to win the 1996 Australian Open. Swimmer Dara Torres twice coming out of retirement, winning 12 Olympic medals in her career.  Dennis Taylor, having lost the first seven frames of the world snooker final, beating Steve Davis after tying at 17 all (1985)? Other contenders? Common to them all is the vital role of ‘hope’ in their pursuit to overcome. 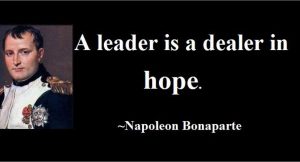 Napoleon is famed with the line, “A leader is a dealer in hope.”  But I’m not sure I’d follow Napoleon into battle for his empire building. It is possible to be an inspirational leader who deals in ‘false hope’. President Putin? A Magic Circle friend involved me in an experiment, where he told me intimate details about my home, family and life to gain my trust. He (falsely) informed me that my late 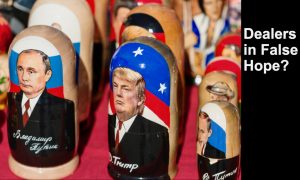 Grandpa wanted to tell me something. I was gobsmacked and could see how someone, desperate to get in touch with their dear departed, could be drawn into ‘false hope’. My friend challenged some of his fellow Magic Circle members about dealing in ‘false hope’, but they reckoned ‘false hope’ is better than ‘no hope’. 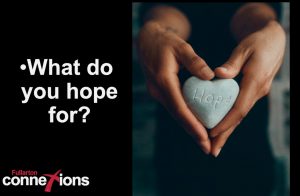 What do you ultimately hope for? Wealth, prosperity, family wellbeing, peace, community, victory, etc? Is ‘eternal life’ and preparation for ‘heaven’ a big hope? The Bible makes claim to the greatest ever come-back king in Jesus Christ and his victory over death. ‘Silent Saturday’ is the day between the horror of Golgotha & marvel of the empty Garden Tomb. A pregnant pause, when the world held its breath, contemplating ‘God Dead!’ ‘Hope Gone Forever!’ There is no bleaker or darker darkness than the ‘Death’, which covered Christ.

We see things from a ‘standing start’, don’t we? The momentum of our life is not sufficient to take us through death to the heights of heaven. We might think we’ve lived a decent life who do you compare yourself to: Hitler, Mother Teresa, Jesus?). We all fall short of the perfection which might qualify us for heaven & eternal life (Romans 3:23). None of us have the ‘holy momentum’ to fall into death and rise to the other side. But Jesus does! 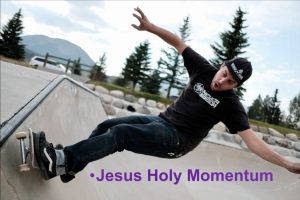 It’s exhilarating cycling up & down the Ayrshire hills, especially when the speed you pick up on the way down is enough to carry you up the next hill. Jesus Christ didn’t start from earth birth like us, he careered from Heaven to earth (born in Bethlehem, raised in Nazareth, ministered in Galilee & Jerusalem) and deeper still, sunk into dire ‘Death’. But death could not hold Jesus down, such was the holy height from which He came and now the glorious hope is that all who trust in Jesus (all He’s done, is doing & will do for us) are assured of the same righteous trajectory as Christ.

“If corpses can’t be raised, then Christ wasn’t, because he was indeed dead. And if Christ weren’t raised, then all you’re doing is wandering about in the dark, as lost as ever. It’s even worse for those who died hoping in Christ and resurrection, because they’re already in their graves. If all we get out of Christ is a little inspiration for a few short years, we’re a pretty sorry lot. But the truth is that Christ has been raised up, the first in a long legacy of those who are going to leave the cemeteries.” (1 Corinthians 15:16-20 / MSG) 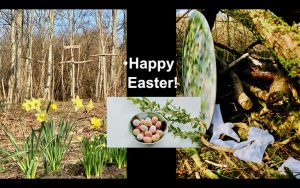 Oh, what comfort & courage for lives caught between the horror of Ukraine’s carnage, and the joy of resurrection glory through Jesus Christ. Oh, what hope for people caught in the shadow of death’s grief! What relief to know that, through faith ‘in Come-back King Christ’ we have momentum for both this world & the next; come-what-may, strength for today and bright hope for tomorrow.