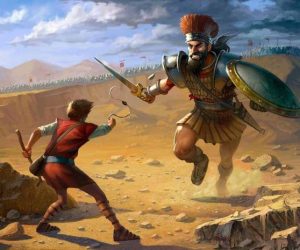 Again, I’m struck by the unlikely story of David defeating of Goliath. A young shepherd boy enters a war-scene, King Saul’s Israelite army transfixed by Goliath gazing, daunted and overwhelmed by the insurmountable problem that is a 9 & ½ feet tall Philistine who has strutted and taunted them for days on end, cajoling them to find a Man strong enough to take him on in a ‘winner takes all’ contest.

David is fresh from the hills, protecting sheep from wild animals and thieves and walking daily with God. His imagination is not constricted and cowered by an enemy which has no respect for the One True God of Israel. David can’t believe his eyes and ears, that the Israelites are falling for this fake Philistine propaganda and failing to recognise the great God of Angel Armies, with whom they stand opposed to this God-insulting enemy. 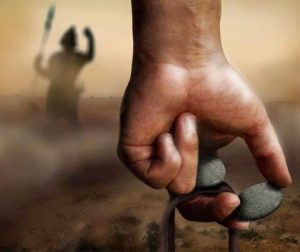 King Saul tries to equip David with clunky and heavy conventional armour and weaponry, but David needs flexibility, agility, and fleet of foot to outmanoeuvre Goliath. And like Jesus, who knelt to pray in the Garden of Gethsemane and determine to die for the World, David kneels at the burn in the Elah Valley, as the two opposing armies look on from either side of the canyon. David kneels to pray, selecting 5 smooth stones, feeling each one, testing it for balance & size, exposed and vulnerable, quiet, and determined to prove the power, purpose & presence of the one true God. 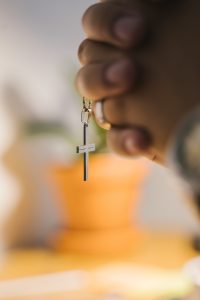 Are you intimidated by the world around you or by bullies at home, work, play? I’ve seen many people and churches so fearful of what others think that they are silenced and so tied up inside that their love, and Good News about Jesus, never see the light of day. In the face of difficulties, dangers, torment, persecution and enemy fire, it’s easy to lose a sense of true context, to miss the bigger picture which has God above all, in all and through all, in charge.

The courage and eloquence of President Zalensky is 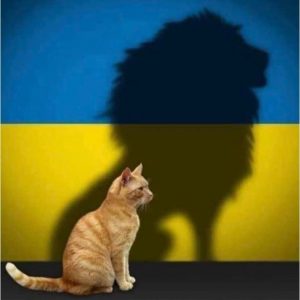 admirable. He clearly has a bigger story of faith to believe in, that helps him respond to the severe bullying and violence of President Putin. He has ‘David-like’ imagination and I hope, a similar prayer life, that allows him to tap into the soul-restoring Grace of God. As Jesus said to his trainees, “I tell you the truth, if you had faith even as small as a mustard seed, you could say to this mountain, ‘Move from here to there,’ and it would move. Nothing would be impossible.” (Matthew 17:20). In one of his speeches, Zalensky said, “Even if you destroy all our Ukrainian cathedrals and churches, you will not destroy our faith, our sincere faith in Ukraine and God, faith in people” 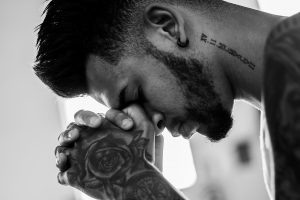 My friend, whatever your huge Goliath challenge or fear, find time to kneel like David to allow God’s Spirit to infuse and inspire you with wisdom and confidence to overcome in God’s strength and to God’s glory. As Paul puts it, “For God has not given us a spirit of fear and timidity, but of power, love, and self-discipline.” (2 Timothy 1:7)