I’m a bit bleary eyed after staying up to watch ‘Never Hurry a Murray’ sweat, swat and swipe his record breaking second tennis Olympic Gold. Alas, I didn’t last to see ‘Wayde Van Niekerk’ smash Michael Johnson’s 19 year old 400m World Record. As Usain Bolt bows out as ‘speed king of the track’, is this his heir to the throne of world attention, the 24 year old South African being the first athlete to run 100m in under 10 seconds, 200m in under 20 seconds and the 400m under 44 seconds!

In ‘drugs clean’ Wayde we have someone young people can look up to and want to emulate. And what of his coach, 74 year old great grandmother ‘Ans Botha’? Amazing! Full of wisdom and passion she’s not too old to learn new training techniques and has excelled in keeping her great grandson prodigy ‘on track’ in more ways than one. 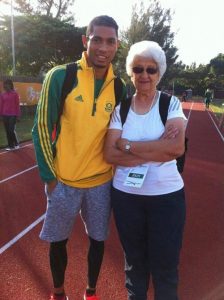 Van Niekerk also recognises in Jesus Christ, one to guide, guard, ground and inspire. On Instagram before the Olympic race he shared a prayer, “All I need and Pray for is your presence and to never let go of my side in this Journey…”. May The Grace of The Lord Jesus Christ continue to inspire and instilling such humility.

Humility is not feeling insignificant & miniscule like an ant, but standing tall in the presence of someone or something greater! It’s a perspective, which sees that, compared to God, you’re not as big as you thought you were. I’m grateful for spiritual giants in my life who inspire and encourage, up to whom I look, but Christ is my ultimate coach reminding how far I have to go.

You might be a fast runner, but up against Bolt or Van Niekerk, you’ll be short on speed. In the Olympic Village right now many athletes are feeling miniscule and useless after competing with ‘better athletes’, easily made to feel tiny & insignificant!
In London 2012 GB’s Andrew Osagie finished 8th in the 800m final in a time which would have won gold at the previous 3 Olympics! Despite defeat such a feat was still to be celebrated. Faster competitors ensured humility, but nonetheless his run was a sensational personal best. But all too easily comparing ourselves to others better than ourselves can lead to humiliation if we’re not careful. 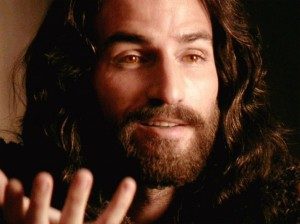 ‘Humility’ not ‘Humiliation’ is what God wants for us. Humility is not making yourself smaller than you really are, rather honestly recognising how small you are in comparison to another, especially God. We are all eclipsed by the brightness & goodness of Jesus Christ, but Christ doesn’t leave us feeling like ‘nothing’ he exposes us as ‘preciously small’, a valued child of God, however well or badly we perform! May Wayde, Great Gran Ans, and others continue to inspire humility, life’s celebration and trust in our ultimate life-coach and Saviour Jesus!

Pilates
Jiggy Wrigglers
West Coast Stompers
5th Irvine Boys' Brigade
Mind and Body
Toggle Sliding Bar Area
Page load link
We use cookies on our website. By clicking “Accept All”, you consent to the use of ALL the cookies or visit "Cookie Settings" to choose.
Cookie SettingsAccept All
Manage consent