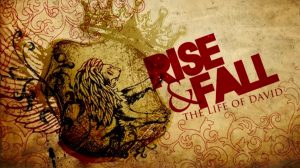 How the humble become high and mighty, only to tumble and fall. Shepherd boy, David, youngest and slightest of his siblings, supplied bread for his brothers at the battle front. Affronted by Goliath’s sneering and jeering at Israel’s God, devout David determines to bring the big blaspheming bully to his knees. With one swipe of a smooth stone and sword he reduces gargantuan Goliath to nought.

St Paul said, “All things are possible through Christ who strengthens me.” Humility and dependency upon God allowed Wee Davie Boy to outmanoeuvre and silence the giant Philistine’s cursing and brash claims. The blue-eyed shepherd boy’s reign as Israel’s king was recognised as Israel’s historical pinnacle. But, David let power go to his head and became a bullying Goliath, snatching Bathsheeba from her husband Uriah, whom he murders. “First pride, then the crash— the bigger the ego, the harder the fall.” (Proverbs 16:18 / MSG)

King David repents, is redeemed and restored to humbly walk with God again, but his family line of descendent kings didn’t learn from him and their pride and independent spirit spewed them from their beloved homeland into exiled lands. David’s ‘trip’ from shepherd boy to king to bully is a tragic trajectory our church all too easily emulates, our self-importance as ‘The National Church’ or ‘The Parish Church’ overtaking our call to service and sacrifice.

Prestige and self-glory, rather than humble service and God’s glory, can easily become an organisation’s main focus. At the time of Jesus’ birth, shepherds had a poor reputation. You’d be wise to lock up your valuables and daughters, if they came to town. Yet, God chooses these shady shepherds as first witnesses to His Son’s birth! It wasn’t people of note or great reputation who got invited, but unpretentious, down-to-earth sheep herders. 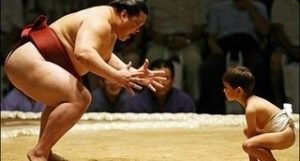 God loves to turn human expectation upside down, to remind us how , ““God opposes the proud but gives grace to the humble.” So humble yourselves under the mighty power of God, and at the right time he will lift you up in honor. Give all your worries and cares to God, for he cares about you.” (1 Peter 5:5b-7 / NLT) 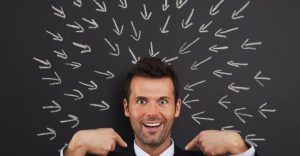 So, Person, Church or Christian, who has come a long way from humble beginnings: beware losing your roots to self-importance and thus miss God’s blessing, which comes from humility and daily submission to God’s Will. 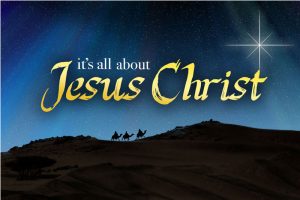 “…the shepherds said to each other, “Let’s go to Bethlehem! Let’s see this thing that has happened, which the Lord has told us about.” They hurried to the village and found Mary and Joseph. And there was the baby, lying in the manger. After seeing him, the shepherds told everyone what had happened and what the angel had said to them about this child. All who heard the shepherds’ story were astonished… The shepherds went back to their flocks, glorifying and praising God for all they had heard and seen.” (Luke 2:15-20 / NLT)

It is astonishing what God can do through ‘Little Wee You’ when you allow Him!