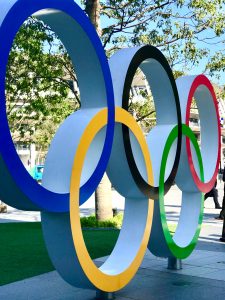 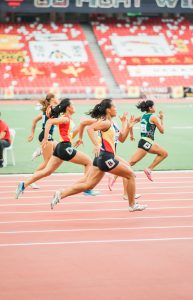 I’m loving the Olympics, whizzing through highlights, especially interested when someone medals against the odds, like triathlete Georgia Taylor-Brown, who cycled to silver with a puncture. I also love to hear of grace and great sportsmanship at work. It was heart warming to see Italy’s Gianmarco Tamberi and Qatar’s Mutaz Essa Barshim agree to share gold rather than split themselves in a jump-off in the Tokyo Olympic’s Men’s High Jump Final.

Jim Redmond breaking through security to help his son Derek complete the Barcelona Olympics 400m semi-final after snapping his hamstring still brings tears to my eyes when I watch it. On the final run of the two-man bobsleigh in the 1964 Winter Olympics, it was neck and neck between Monte of Italy & the current GB World Champions Dixon and Nash. Disaster struck as the main bolt holding GB’s back axle severed in half with no time to source a replacement. It’s ‘curtains’ for the British team. But Monte, on hearing the Britons’ plight, removed the bolt from his own bob after his second run and had it fitted in the British bob. The Britons won Gold! Afterwards Monte commented, “My action was very normal for a sportsperson. You try to help the other people to have the same conditions that you have.” 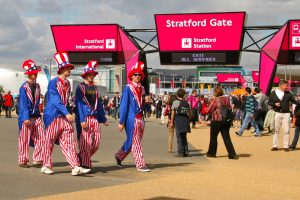 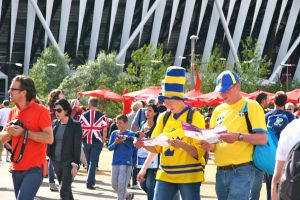 But is it normal in a world which tends to idolise winning, even at all costs!? “Love your neighbour as yourself.” Says Jesus  (Matthew 22:39). We’re not asked to necessarily like our neighbour, but to ‘love them’. 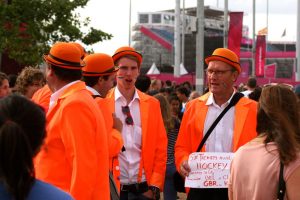 How do we love people in the tough, competitive world of sport? Is it possible? Yes, but you need to love yourself first, and to truly love yourself, I think, requires a personal experience of unconditional love. 1 John 4:19 puts it, “We love because God loved us first.” So, if we find it really hard to love an opponent or the team mate who annoys us, perhaps it’s a sign that we need a deeper experience of God’s love & grace, fresh realisation of how much God really loves you through Jesus. God’s love & forgiveness then become divine investments in our lives, treasures to enjoy, pass on and multiply in others. Hopefully we’ll hear some inspirational stories of such ‘neighbour loving’ at the Tokyo Games, indeed, if God’s Spirit is allowed to move, it’s inevitable!

What would you have done? Anaya quickly caught up with him, but instead of roaring past to win the race, he stayed behind and, pointed the Kenyan towards victory! “He was the rightful winner. He created a gap that I couldn’t have closed; I didn’t deserve to win it,” said 24-year-old Fernández. “I did what I had to do. As soon as I saw he was stopping, I knew I wasn’t going to pass him.” 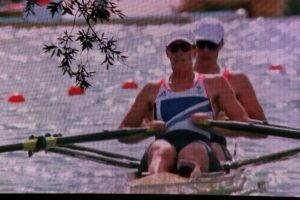 Wow! I’d like to think I’d have done the same, but I’m not sure, such is my competitiveness. People have difficulty understanding such selfless behavior. Indeed, Fernandez Anaya’s coach, Martin Fiz, said this,

“It was a very good gesture of honesty, the kind that isn’t made any more. Or rather, of the kind that has never been made. A gesture that I, myself wouldn’t have made. I certainly would have taken advantage of his mistake, to win.” Fiz describes his pupil’s action as creditable but athletically unsound. “The gesture has made him a better person but not a better athlete. He wasted an occasion. Winning always makes you more of an athlete. You have to go out to win.”

Respectfully, Martin Fiz, I think you’re wrong. If we’re really following Jesus this kind of thing will happen more and be wonderful expression of Who we are ‘in Christ’! 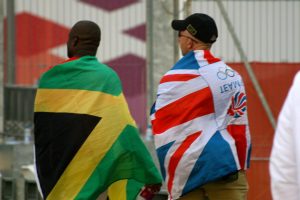 Here’s one of St Paul’s spurs to such ‘neighbour loving’:

Colossians 3:12-14 (MSG) “So, chosen by God for this new life of love, dress in the wardrobe God picked out for you: compassion, kindness, humility, quiet strength, discipline. Be even-tempered, content with second place, quick to forgive an offense. Forgive as quickly and completely as the Master forgave you. And regardless of what else you put on, wear love. It’s your basic, all-purpose garment. Never be without it.”  Go on, put on God’s wardrobe for you, it really suits you!