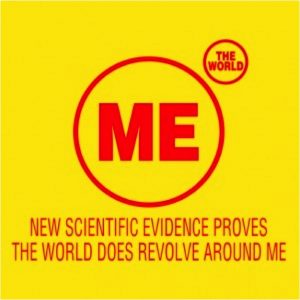 Wouldn’t it be nice to see some genuine humility among our politicians? Us Scots can’t abide a ‘bummer’, someone ‘blowing his own trumpet’, talking up their achievements. But in wanting to cut a ‘crower’ down to size we can do something just as bad by discouraging someone from doing well and becoming the best they can be. Christ shows us the way of humility, not humiliation. 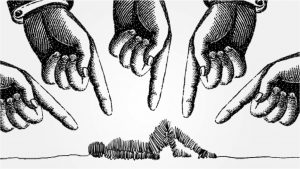 ‘Humility’ is a value many world religions and philosophies hold dear. Humility, as Christ demonstrates it, is not ‘humiliation’ or pretending to be smaller or worse than you really are, but standing tall in the company of greats, especially God Almighty. Here’s Rob Lacey’s take on St Paul’s description of Christ’s human career in Philippians 2 (Street Bible):

“Don’t just look after No.1 but also look out for each other. Get attitude – as long as it’s the same attitude the Liberator (Jesus) had. He was God, right through to the marrow, but he didn’t use his clout to put himself about heaven. He took off all the royal bits, cut up his heavenly credit cards, chucked his global contacts list, walked off without his bodyguards. He unplugged his airwave connection, left his precious star collection.

So God brought him back, celebrated him, elevated him to the top spot; letters behind his name? He got the lot! So everyone will show Jesus ultimate respect,
everyone will stand for inspection ‘All present and correct’, and every mouth will say, ’He’s the Boss, this Liberator, Jesus – Boss.’ And God’s reputation, his credibility will soar, as his enemies weep and his fans roar.” 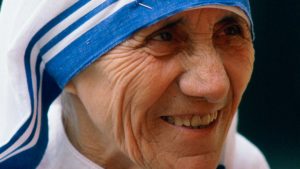 I’m humbled that God should love us so much as to seek us out, save us and make us his children, all through the love of Christ. The new DNA of all who come to God, through faith in Christ, is that we’re ‘Daughters and Sons of God’ and ‘Servants of People’. It’s a bit of an oxymoron, but a transformational truth, that we are esteemed princesses and princes of the most high God and servants of our neighbours. Realising our
‘precious smallness’, honoured we stand tall and humbled we kneel small in God’s presence, set free for a life of humble service to others, demonstrated vividly by the likes of Mother Teresa of Calcutta. As C.S Lewis put it, “Humility is not thinking less of yourself but thinking of yourself less.” 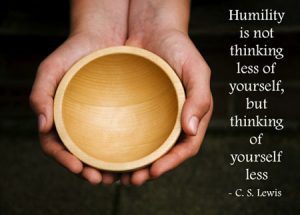 Was Sir John Buchan right, that: “Without humility there can be no humanity”? What might our world look like with a little more humility in our leaders, and in you and me?

(Grateful to Alex Wise Photography for the striking Cover Photo of ‘standing small in tall trees’ – Find more of his images at http://www.alexwisephotography.net/blog )