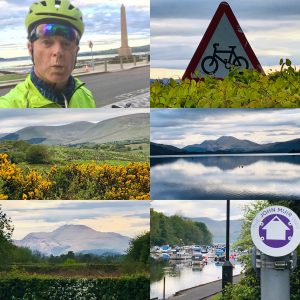 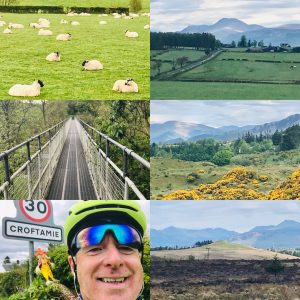 As soon as friends Ruth & Stuart Kennedy raved on social media about cycling across Scotland on the John Muir Way, Helensburgh to Dunbar, inspiration and determination grew within me to complete it too. Opportunity opened and, with grace, grit & gratitude I cycled through! Saint Dorothy of Fullarton dropped me 6am at Helensburgh & met me in Dunbar 10pm, and in between was a truly epic ‘Saunter’. 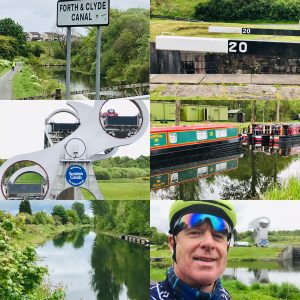 As a child, John Muir (1838 – 1914) moved with his strict religious family to Wisconsin, USA. In time the Sierra Nevada mountains drew him to California, where Yosemite National Park became the most famous zone he secured park status for, Muir known to many as the “Father of National Parks” and “Son of the Wilderness”. Some quotes: 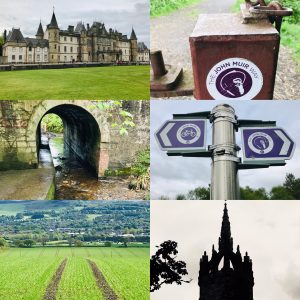 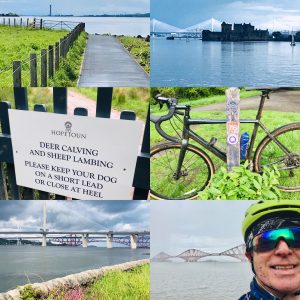 “Another glorious day, the air as delicious to the lungs as nectar to the tongue.”

“Between every two pine trees there is a door leading to a new way of life… If one pine were placed in a town square, what admiration it would excite! Yet who is conscious of the pine-tree multitudes in the free woods, though open to everybody?” … “I had nothing to do but look and listen and join the trees in their hymns and prayers.” 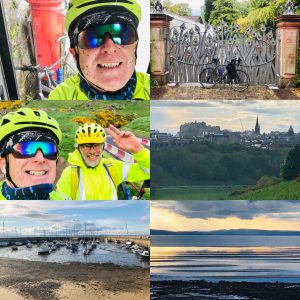 ‘Keep close to Nature’s heart… and break clear away once in a while, and climb a mountain or spend a week in the woods. Wash your spirit clean… Thousands of tired, nerve-shaken, over-civilized people are beginning to find out that going to the mountains is going home; that wildness is a necessity; and that mountain parks and reservations are useful not only as fountains of timber and irrigating rivers, but as fountains of life.”

“I only went out for a walk (cycle), and finally concluded to stay out till sundown, for going out, I found, was really going in.”

I sense that Muir was sometimes close to worshipping creation rather than Creator. It’s always a risk with our passions, where icon can become idol and windows morph into walls, ends in themselves rather than avenues through which to wonder at God’s majesty and mystery, beauty and bounty, and be drawn into deeper intimacy with God through Jesus Christ. 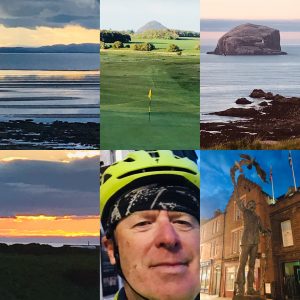 But I have no doubt that Muir worshipped and appreciated God and that Muir’s legacy will endure to teach and inspire many more in regard to looking after and appreciating this precious, wild lump of Earth travelling 67,000 mph around the sun, 93 million miles away.

My favourite story of John Muir concerns his dislike of ‘Hike’. With his thick Scottish accent, Muir told a friend, “I don’t like either the word or the thing. People ought to saunter in the mountains – not hike! Do you know the origin of that word ‘saunter?’ It’s a beautiful word. Back in the Middle Ages people pilgrimaged to the Holy Land, and when people in the villages through which they passed asked where they were going, they would reply, ‘A la sainte terre,’ ‘To the Holy Land.’ And so they became known as sainte-terre-ers or saunterers. Now these mountains are our Holy Land, and we ought to saunter through them reverently, not ‘hike’ through them.”

The Bible suggests that all of the ground we stand, sit and saunter on, is ‘holy’, charged with God’s presence, “The earth is the Lord’s and everything in it.” (Psalm 24:1) The question John Muir asks is, “Are we taking the time to notice and recognise what can’t be seen while speeding through life?”

SAUNTER On My Friends!