Some people imagine heaven with a window overlooking a famous Cricket Ground, but that sounds more like Hell to me, watching Test Cricket more akin to watching paint dry, but I was wrapped by Amazon Prime’s ‘The Test’ (8part series).

I’ve loved viewing Amazon Prime’s Series: ‘Sunderland Till I Die!’, ‘Take Us Home: Leeds Utd’ and ‘All or Nothing’ covering NZ Rugby, American Football, and Soccer Teams, etc. I gobble them up! My first sporting love is football (soccer) but I’m interested in ‘coaching’ across the sporting world, and ‘The Test’ is the best example from all these series I’ve watched.

Alas, at best most coaches, with a few exceptions, are at best 2 dimensional. As FCA’s ‘3D Coaching’ program highlights, you can win local

leagues and elite championships with 1D or / and 2D coaching, but as for nurturing soul and developing long-term character in your team and encouraging it among those who look up to them as models and examples, 1 & 2D Coaching fall short of The Best. 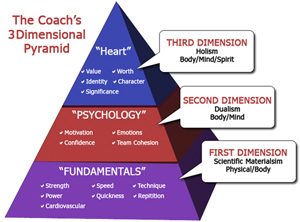 I suspect Pepe Guardiola and Jurgen Klopp are 3D coaches, but of all the coaches I’ve seen on the telly lately, JL (Justin Langer) is top of the 3D league. With some realistic foul language thrown in at times, in ‘The Test’ JL takes us on a journey of redemption. “We not Me!” is his mantra, while vulnerability (a counter intuitive friend encouraged in his captain, colleagues and team, learning to openly admit when we get it wrong), integrity, and ‘mateship’ (protecting each other’s backs) are some of the 3D values which help Australia’s cricket team journey from the dark days of ball-tampering and ‘Me, Myself, I-Disease’ to the bunch of lads able to ‘step-up’ and make Australia (and the world of cricket) proud again. As JL says, ‘Character Over Cover Drives!’

Don’t get me wrong, the 1st and 2nd coaching dimensions are critical to any kind of success in life and boy is JL a steely competitor! But without the deeper 3rd dimension which grows character, values and an inner world (soul) full of significance, meaning and purpose, all you have to show for your labours are trophies, pension and memories. The real Test comes when you retire, die or are forced to stop doing what you did and love, as you stand, sit or kneel still before God, WHO are You? WHAT are You?

I’m told JL is a Christian. The only indirect reference to this in ‘The test’ is his practice of meditation, which helps centre and guide him in decision making. So, are you being coached in the 3rd dimension? From personal experience, there’s no better coach than JC and no better manual that the New Testament!

“We can rejoice, too, when we run into problems and trials, for we know that they help us develop endurance. 4 And endurance develops strength of character, and character strengthens our confident hope of salvation.” (Romans 5:3-4 / NLT)