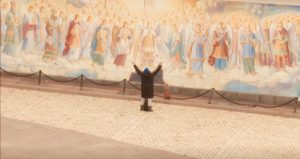 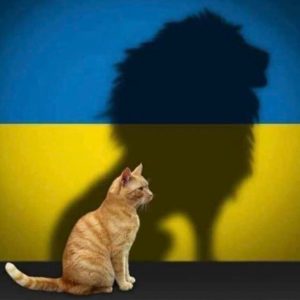 Why, Oh Why, Oh Why such bullying and bloodshed by President Putin!? Vladimir Putin sounds angry in justifying his move to topple the democratically elected government of Ukraine and describes the violent end coming to anyone who stands in his way. It reminds me of school thugs who get their way by threat and muscle. Is it fear of Ukraine becoming more European and joining NATO? A distraction for Russian people from crises at home? A flex of his muscle to remind the world how powerful The Russian Federation is? Is he deluded, demented, deducing with cold calculation his every move, or maybe all three?

For sure he will ultimately face a judgement day for his choices, if not in this world, certainly in the next. Just as our own UK & US leaders will have to look God in the eye and give account of their decisions to enter World War 1 and more recently invade Iraq, etc.

As Russian dissident writer Aleksandr Solzhenitsyn said, “The line separating good and evil passes not through states, nor between classes, nor between political parties either — but right through every human heart.” He wrote this in ‘The Gulag Archipelago’ under the brutal bullying regime of Communist Russia. It is a helpful reminder, when tempted to describe Putin as ‘Evil’ that choices between right & wrong, good & evil run through every one of us. 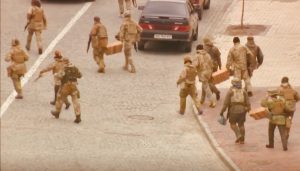 However, some people’s choices have far reaching implications. It is heart rending to see news coverage of Ukrainian families fleeing homes, amassing on borders, while others remain to defend their country with prayer and peashooters. Our mission partner, the Sokilovsky’s have moved from near Kyiv to the Western border and are aiding refugees there. They speak of people on their knees in public spaces praying and praising God.

Who, Oh Who, Oh Who is in charge of this World!? It is a mystery how a God of Love can allow such injustice and suffering to happen, and ‘lament’ is a well-trodden way of faith, which encourages us to vent our anger, angst, anxiety, and grief, to wrestle with raw reality, and to trust ourselves into the hands of a higher power of justice, grace, mercy, and peace. The story of King Hezekiah, Israel and the prophet Isaiah in Isaiah chapters 36 & 37 illustrate well lamentation and earnest prayers uniting to deliver them from the foreign might and invasion of Assyria’s President Senacherib. 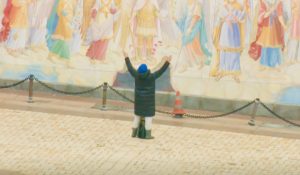 What can I do? Pray, Pray, Pray! For wisdom, courage, comfort, grace, mercy, deliverance, salvation, peace and so much more. I meet updates on the war with the prayer, “Lord have mercy, Christ have mercy!” Though I don’t encourage you to watch too much of the news; this may be a long, drawn-out affair.

I was moved by Ukraine’s UN ambassador, Sergiy Kyslytsya, addressing an emergency meeting of the UN security council on Friday 26 Feb’ in New York, calling for a moment of silence to pray for peace, and for the souls of those already killed after Russia invaded his country on 25 Feb’. Seeing a lady praying outside St Michael’s (protector saint of Kyiv) Cathedral was a potent pointer to join her in prayer. 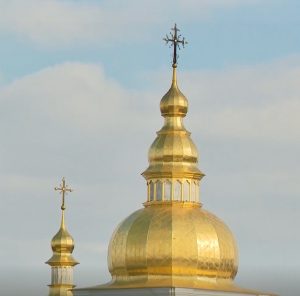 When Jesus appeared to his disciples in the upper room after his resurrection, he didn’t first say, “Look I’ve conquered sin, death & hell by my death and resurrection!” Which of course, he had. Rather He said poignantly and with immediate impact, “Shalom / Peace be with you.” (Luke 24:36) I end with St Francis’ ancient prayer:

‘Make me a channel of your peace, where there is hatred let me bring your love;

Make me a channel of your peace, where there is despair in life let me bring hope;

Where there is darkness only light, and where there’s sadness ever joy.

Oh, Master grant that I may never seek so much to be consoled as to console,

To be understood as to understand, to be loved as to love with all my soul.

Make me a channel of your peace, it is in pardoning that we are pardoned;

It is in giving to all people that we receive, and in dying that we are born to eternal life.’