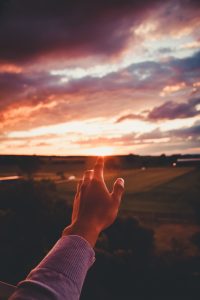 Friends, ‘7 days without prayer make one weak!’ Yes, we can give financially to Ukrainian aid (EG. Blythswood Care) and perhaps even receive refugees into our homes & communities, but ‘prayer’ is the most accessible thing to do in the face of awful war.

Reflecting on a half century of Wally Prayers (raw, knee-jerk, molten hearted, off-the-cuff, jumbled God shouts, which spew from a troubled soul), I am very grateful that God takes us the way we are, chaos and all! Babbling like a Banshee 100 feet up at the end of a slender Conker tree branch, clutching the arm of a friend; kneeling at the side of Nana’s bed crying out as she breathed her last; jabbering away in the face of threat to my kids; fearful about the sanity, safety and wellbeing of someone, the list could go on.

Pete Greig, in his book ‘God on Mute’ describes such primal prayer as “like praying while falling down stairs”, i.e. all over the place. He would’ve done anything for God to deliver his wife Sammie from her massive brain tumour. 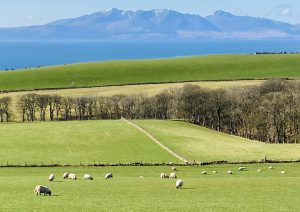 It’s said that there are no atheists on a small boat in the middle of a life-threatening ‘sea storm’. Face to face with the fear of drowning and death, desperate prayers fired to God could be the difference between a watery grave and dry land.

Yet how fickle we humans can be. Joe’s job and livelihood were threatened. He was not a regular ‘prayer’, but prayed solidly for a whole day, tumbling out his troubles to God. Praise God, his prayers for job security were realised in full, but in the safety of harbour he explained it all away as something that would’ve happened anyway. 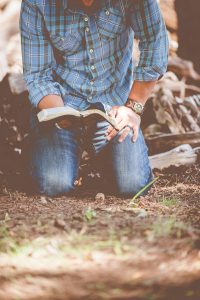 A man fell off a cliff, catching hold of a bush on the way down. 100 feet from rocks below he cried, “Is there anyone up there?!” A voice echoed from Above, “Let Go.” Dissatisfied the fearful faller tried again, “Is there anyone else up there!?” At times our prayers for health, help and hope in the face of death, difficulty and danger are met with answers we don’t like. But God’s silence disturbs too, when we either learn to trust or turn our back on God. The ‘third way’ is to emotionally wrestle with God, others, ourselves, and issues and come to terms with raw reality and the choices we have to make.

In Genesis 32 ‘Jacob’, Father of Joseph and all Israel, trembled at the prospect of meeting twin brother Esau, whom he’d conned out of his inheritance. Jacob knew that all he had worked and worried for could easily be swallowed whole in the jaws of judgement. Would his brother wipe the desert floor with him or forward forgiveness and receive him, and his household, as family and friend? Fraught with fear Jacob jousts with God. Unwilling to submit to God, who wants to bless him, Jacob wriggles and wrestles on into the wee small hours. In the end God knocks his hip out of joint, and forces Jacob to be still, know that God is God, and allow God to bless him. 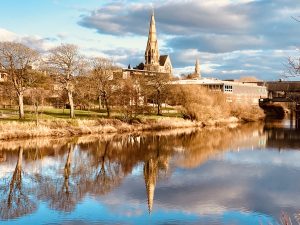 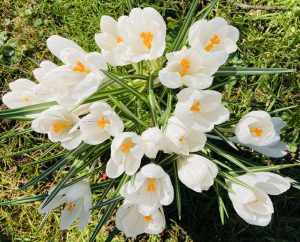 I don’t know where you are with God: warring, wrestling, holding your breath to him, or in grateful submission? What I do know, is that God wants you relating to him the way you are, which includes all over the place primal prayers. Jesus demonstrates such emotional roller coaster praying in Gethsemane’s Garden, his trauma so intense he sweated blood, wrestling with inevitable death for you and I. Eventually he could pray, “Father, not my will but yours be done!” For God’s sake, don’t just stand there, pray something! Friends, “The rusty hinges of history are turned by bended knees.”(Pete Greig)