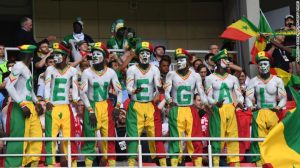 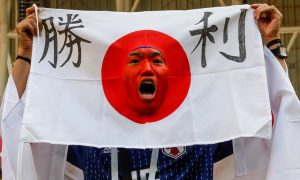 Absolutely Brilliant to see both Japanese & Senegalese World Cup football supporters clearing up their own rubbish after games and fitting that they draw 2 – 2 against each other. Pure RESPECT for these fervent fans making life easier for cleaners! 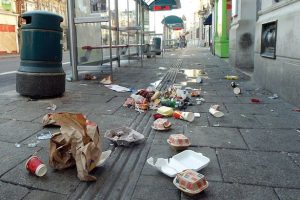 Our disposable Scottish culture grieves me, how people of all ages, and especially younger generations, thoughtlessly leave cans, bottles, packets and other debris behind them! In New Zealand & Australia the streets, walkways, rivers and beaches are so clean. In Canada I remember being impressed with how tidy things were there, helped by a widespread respect for rules and fear of fines. So also in parts of Europe. 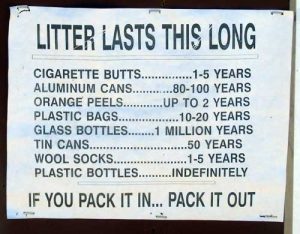 So what makes the Japanese so committed to cleanliness? Shinto and Buddhist teachings and anxiety about the spread of germs and disease contribute to such cleanly culture. Private and public concern for tidiness ensures removal of shoes on entering homes, provides plastic bags on public transport seats for carrying rubbish away with you, and school pupils render janitors redundant by keeping playground and indoors immaculate. 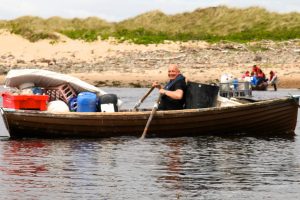 Films like the ‘Blue Planet’ highlight the desperate damage done to nature, creatures and the environment by littering. Clean-ups like those organised by Coast Watch are great for rallying us to take better care of our neighbourhoods, but UK wide why can’t we prevent widespread littering and debunk the belief that it’s someone else’s job to clean up after me, growing greater love and respect for our precious planet. 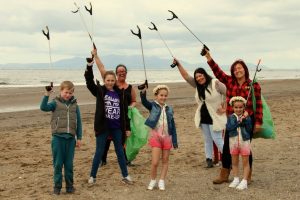 NZ & Oz Maoris and Aboriginals see the world to be stewarded and looked after rather than owned and thrown away when no longer of use. The Judeo-Christian similarly sees Creation as God’s gift to be nurtured, harvested, tended and prepared for Christ’s Return. Us humans are not
landlords, rather a collegiate of tenants, living, working and playing under Lord God Almighty.

“The earth is the Lord’s, and everything in it.
The world and all its people belong to him.
For he laid the earth’s foundation on the seas
and built it on the ocean depths.” (Psalm 24:1-2 / NLT) 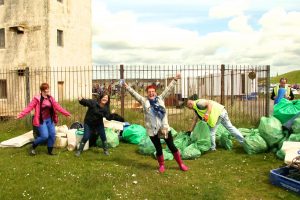 The riverside, park, beach, street, countryside, wherever I walk, swim, cycle and drive is all God’s front garden or back yard. So when pollution spills into my neighbourhood and world it’s like my own home is soiled and spoiled. So, walking my late dog I’d take bags to pick-up rubbish and dogs dirt with. 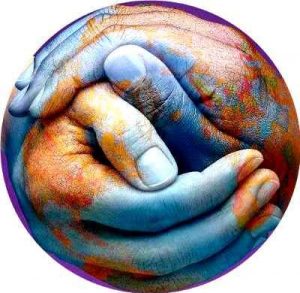 So, thank you Japanese & Senegalese supporters for your sporting passion and responsible care for our world! You’ve won The Cup in my book! Lord have mercy, Christ have mercy and teach us to value the world around us. I dream of an Irvine where young and old alike bin litter and recycle all we use, grateful for this awesome gift of life and a world to thrive in.