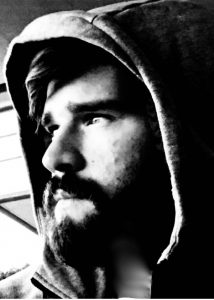 Ok, ‘Watching grass grow’ is more gripping than Saturday’s European Champions League Cup Final played out, but, as a neutral (well almost, I fondly remember Pool’s previous European victories) I was delighted to see Jurgen Klopp’s Crew reap some reward from their remarkable year in which they were pipped at the post by Man’ City in the English Premiership. I can’t imagine how dumped Klopp & his family felt losing so many cup finals (to Bayern Munich with Borussia Dortmund in 2013, against Real Madrid last season, & 2 German Cups, a League Cup and a Europa League final)

After the final whistle in Klopp’s inimitable exuberance was a mix of gratitude & relief for his family, who’d suffered with him for so long. Sadly his late father wasn’t present in person, but Jurgen reckoned his dad probably had a prime viewing seat during The Final.

It’s heartening to have sportsmen at career peaks, able to witness to their  Christian faith. Klopp has made it clear how important faith in Christ is to him. Spurs’ remarkable hat trick scorer in the amazing semi-final against Ajax, Lucas Moura, wasn’t able to repeat his heroics, but how refreshing to learn that being known as a ‘Man of God’ is
more important to him than scoring goals and winning medals (not that winning isn’t important to him). World Cup winner Olivier Giroud, top scorer in the Europa League, who scored Chelsea’s first in last week’s Europa Cup victory over Arenal, wears a Latin tatoo on his arm, ‘The Lord is my Shepherd, I shall not want’ & is part of a HTB Anglican fellowship in London.

I hesitate to point to Christians in the limelight as models of faith, for it’s easy for people put on pedestals to fall & tarnish the name of Christ. Take Brazilian & PSG star ‘Neymar’, a professed Christian, who’s accused of rape in what looks like a ‘sting’ & ‘set-up’, but he is admitting that he spent the night with his accuser.

Podium Christianity, where famous Christians are held up as examples & reasons why people should similarly put their faith & trust in Jesus, is fraught with risk. I want to know if they’re really accountable, ‘walking the talk’, & if they’re using their riches & influence for the benefit & blessing of others beyond their circle. However, it is nice to see Liverpool’s goal-keeper Alisson Becker celebrating his team’s victory & faith together via the simple message on his vest, a ‘Cross & Heart’ which spell out the truth of John 3:16, that God loves us enough to die for us.

Neymar, Giroud, Moura, Alisson & Klopp may all profess faith in Jesus Christ, and are hopefully being discipled in Jesus’ Way, but they will all fall short of perfection and are capable (as am I) of blotting their copy-book. The best advert for faith in Jesus Christ is & will forever be ‘Jesus Christ’ himself. Whether a buoyant Red or miserable Spurs (/ Largs Thistle) fan or player; on the mountain tops, in the depths or simply getting on with life, we all need a Saviour & Someone to look up to – Jesus Christ is that ‘forever friend’, who’ll never drop or leave you.

I remember the humorous banner unfurled at a previous European Cup Final which read, “Jesus Saves, but Dalglish scores the rebound!” Keepers like Alisson will come & managers like Klopp will go, but Jesus is the All-Time Keeper worth trusting, just ask Klopp & Alisson!